The MLB is back in action as the Baltimore Orioles will clash with Colorado Rockies. This is the final game of their three-game series in Denver, Colorado. 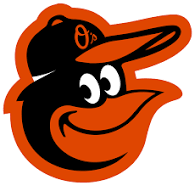 The Orioles are not playing well at the moment. Moreover, they have some challenges in playing the long ball
Moreover, their record on the mound is not very good at the moment. To be more specific, they have allowed 111 home runs on the year and that puts them on pace to surrender 352 dingers on the season.
Also, they have the worst record in baseball as they are already 18.5 games out of first in the American League East.

The Rockies are trying to improve after their recent struggles. And the series against a team like the Orioles is a perfect opportunity for that. However, they faced some challenges as Baltimore showed a stiff resistance in the previous games. Moreover, the Rockies were behind for the whole of last game against the Orioles. However, this is a good Rockies team and they managed to turn the game around and win it a stunning two-run homer by Trevor Story.

Prediction
The Orioles are clearly the worst team in the league at the moment. Although they showed some potential in the last two games, it is hard to see them getting something out of this game. On the other side, the Rockies avoided an embarrassing defeat against Baltimore. Therefore, that was a good eye opener for them to take the Orioles more seriously. Therefore, I expect a better performance from them in this game. Take the Rockies to win this game.