The Yankees are one of the best teams in the league this season. And they also have CC Sabathia as he will get his 17th start of the season. His aim will be to get his first win for of the month.
Furthermore, Sabathia was solid in his last game, as he kept the Rays to three runs in six innings in a no-decision in a game the Yankees’ won.

On the offensive side of the game, the Yankees score an average of 5.69 runs per game which is the best scoring record in the Majors. Also, their pitching stands at 4.02 team ERA, placing them eighth in the Major Leagues. 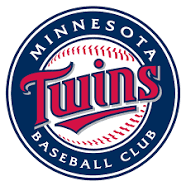 The Twins will give the nod to Martin Perez and this will his 20th start of the season. However, he only has 1 win this month and will need to improve in this game. On a positive side, Perez was great in his latest start, holding the Mets to only two runs (one earned) in six innings, leading to the no-decision in a game the Twins lost.
The Twins are a good team this season and there is more to come from them.