The MLB is back in action today as the New York Mets will clash with their local rivals, the New York Yankees. This is a game one of a three-game series at the Citi Field in New York.

The Yankees are playing very well lately. Moreover, they have been enjoying a strong offensive as they have an average of 10.2 runs per game in their last 5 MLB games. However, on the negative side is that their pitching is not at the needed level as they have allowed 21 runs in their games in London. 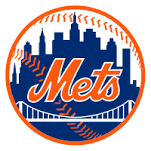 The Mets are not having a good time at this part of the season. Moreover, they had lost 7 of their last eight games before the game on Sunday. In this regard, they managed to turn the tide as they won in the last game against the Braves with a score of 8-5. Also, it is important to emphasize that they were 5-3 down. But they put 8 late runs in order to make a strong comeback.

Prediction
It seems that the Yankees are on track for another great season.
The Mets have shown some potential in the last but I do not think that it is going to be enough for them to win this game. The Yanks are 7-2 in their last 9 games and that will give them a good momentum in this game.
On the other side, the Mets are 1-10 in their last 11 games. Therefore, take the Yankees in this one.