The MLB is back on the schedule today as the Seattle Marines will clash with the Toronto Blue Jays at the Rogers Centre in Toronto, Ontario. 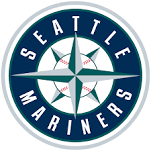 The Marines will not be in the playoff this season. Moreover, their season was not something that they can brag about. However, it is important to emphasize that they managed to win two of three games from the Detroit Tigers on the road.  But, the Tigers are probably the worst team in the league this season. Therefore, these wins were somewhat expected. This team needs more reinforcements if they want to challenge next season. 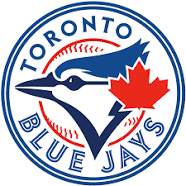 The Blue Jays are another team that will not take part of the postseason this year. However, this team has some young upcoming talent coming through the ranks. And that can be seen as their recent form stands at 6-4 in their last 10 games.
The pitching has been solid of late as they have allowed just 3.00 runs per game over their last six games. Therefore, the improvement is there to be seen, but it is just too late.

Prediction
Both of these two teams will not be in the playoffs this season. However, the Blue Jays are in a better form at the moment and they have the home advantage in this game. Therefore, I expect another win for Toronto in this game.