The NBA Playoffs are bringing more excitement as the Milwaukee Bucks will clash with the Detroit Pistons in game three of the first round playoff series.
The Bucks have been very solid so far as they won the first two games. And on the other side, the Pistons will aim to bounce back at home and to get the first win of the series. 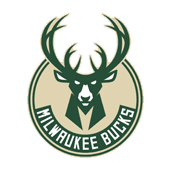 The Bucks are one of the main favourites for the championship this season. Moreover, they have been one of the best teams in the league in the regular part of the season. Also, their offensive firepower was second to none during the season. I have often said that there is more to come from this team and they showed that in the first two games against the Pistons. If they win this game, then they will make a big step towards the next round.

On the offensive side of the game, the Bucks score an average of 120.5 points per game in the postseason. Also, their shooting efficiency stands at 50% combined with 37% from the three-point range.
On the defensive side of the game, Milwaukee has been solid as they allowed only 92.5 points per game in the games against the Detroit.
Additionally, they have the in-form Giannis Antetokounmpo as he leads the team with 25 points per night. 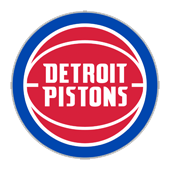 The Pistons lost the first two games of the playoffs. It seems that the Bucks are too strong for them. Moreover, they were not able to score a lot of points as Milwaukee played a good defensive game as well.
However, the Pistons are a strong team at home in the Motor City. Therefore, they have a good chance in this game. Also, they must win if they want to stay in the series.

Prediction
The Bucks are a great team this season. I expect that they will eliminate the Pistons, no question about that. However, the key question here is if they will win some games or not. Based on their home record, they do have a chance. However, they will be without Blake Griffin who was their main man this season. Also, he is the most efficient player among the Pistons roster. And this is the reason why I believe that the Pistons will fall short of winning this game. Take the Bucks in this one.