The NBA playoffs are back in action today as the San Antonio Spurs will clash with the Denver Nuggets. This is 7th game of the series and tonight we will find out which team will progress to the next round.
The Nuggets scored a 108-90 home win in Game 5. However, the Spurs avoided the elimination by taking Game 6 120-103 at home Thursday night. 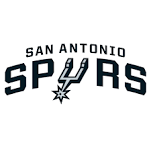 The Spurs were on the brink of elimination in game 6 of this series. However, they showed some resilience as they won that game to extend their stay in the series. Yet, it will be hard for them in this game as they will have to win at the Pepsi Center.
Moreover, this team will have to rely heavily on LaMarcus Aldridge and DeMar DeRozan as both have been in a good form this season. 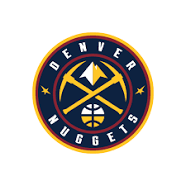 The Nuggets missed a chance to seal their place in the next round as they lost in game 6.
The Nuggets were only 5 behind after three quarters before giving up a 17-2 run to open the fourth quarter to trail 107-87. However, they were not able to move closer than 13 points for the rest of the game. Therefore, they were not able to do much more. On the positive side, they had the in-form Nikola Jokic scored 43 points, 12 rebounds and 9 assists in this loss.

Prediction
This was a very interesting duel as both teams are matched in quality. The Nuggets showed their ability to win games on the road and the Spurs showed some character too. They avoided elimination in the last game. However, I think that the season will end for them after this game. Denver is strong at home and I expect a win for them. Take the Nuggets in this one.