The NFL preseason is back in action today as the San Francisco 49ers will clash with the Kansas City Chiefs.
The Niners are off a 24-15 road win over the Broncos to move to 2-0 in the preseason, while the Chiefs were beaten 17-7 at home by Pittsburgh to fall to 1-1 in the preseason. 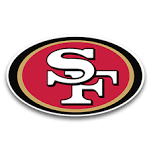 The 49ers had some high expectations last season. However, the loss of Jimmy Garoppolo was a big blow for them as was out early in the season. Nevertheless, this team has high hope again this season as they got back Garoppolo in this preseason.
On a downside, CJ Beathard and Nick Mullens are not playing well so far in the preseason. But it is still early and they have time to improve their overall form.

The Chiefs are one of the better offensive teams in the league last season. However, they were not able to repeat that so far in the preseason as they were thrashed by the Steelers in their last game with a score of 17-7.
Also, they lost Spencer Ware and Kareem Hunt in the offseason. But they got in Carlos Hyde from Jacksonville, which will be a great addition.
The preseason record of the Chiefs stands at  72.5 yards per game. On the defensive side of the game, Kansas did not have a great season last year and therefore it safe to say that they need to improve.

Prediction
The Niners are playing better so far in the preseason I expect that they will aim to gain a winning momentum before the season starts. On the other side, the Chiefs are still trying to figure out their formation and team selection. Therefore, I expect another win for the Niners in this game.